Write a Letter to the Editor about the Encroachment Issue 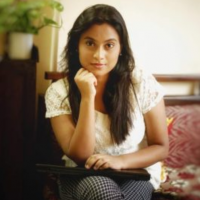 A formal letter is a letter written for official purposes, such as order confirmation letters, complaint letters etc. You should maintain a professional tone while writing a formal letter. Formal letters are great tools to communicate ideas effectively. I have explained step by step how to to write a formal letter in the following four sample letters.

Question: You are a resident of Vrindaban Gardens, Chennai. Encroachment has become a part of the residence. Write a letter to the editor about the encroachment issue and offer a way forward if possible.

Hints: Daily encroachment issues- How footpaths have encroached- Who are encroaching- How pedestrians are affected- Request action for removing this problem

The Editor
The Statesman
Chennai-445114

Subject: Daily encroachment issues witnessed by the residents of the Vrindaban Garden areas for the past six months.

Through the column of your esteemed daily, I would like to draw the attention of the concerned authorities to the daily encroachment issues witnessed by the residents of the Vrindaban Garden areas for the last six months.

Barring few locations when footpaths are left free, entire road areas are encroach upon. The footpaths which are meant for pedestrians are being used by motorized rickshaw drivers, goods transporters and others. There is no control over these errant activities. These vendors and hawkers not only occupy footpaths but also throw garbage on them. This has created a lot of problems for residents like us. Most of the street vendors sell eatables and the generated waste is hazardous for everyone. The traffic police rarely take action against those plying their vehicles on footpaths.

I request immediate action for removing this problem because these hawkers/vendors create big traffic congestion as well as a major hygiene problem for the public. Kindly publish this article so that concerned authorities come forward to solve this issue on a war footing basis.

Also Read:  Write a Letter to the Editor about the Irregular Supply of Electricity

Question: You are a regular passenger of Delhi Metro. You have faced problems due to encroachments on footpaths where people sell their products. Write a letter to the editor about the encroachment issue near Rajiv Chowk metro station.

Hints: Passenger of Delhi metro- Encroachments on footpaths-  Inconvenient and unsafe for the passengers- Lack of guidance from the municipal corporation- Urging the authorities to act against this encroachment.

The Editor
The Statesman
Noida

Subject: Encroachments on footpaths by the shops near Rajiv Chowk metro station.

I am a regular passenger of Delhi Metro. I have faced severe problems due to the encroachments on footpaths where people sell their products. It is quite inconvenient and unsafe for the passengers who have to take the road route.

A few of these shops near Rajiv Chowk metro station have put up structures on footpaths. Residents are worried about the way footpaths in Delhi are being encroached by hawkers and shopkeepers. The footpath is being used as a parking lot for the vehicles of all the hawkers, which even prevent other vehicles from passing through. Due to the lack of regulation enforcement from the municipal corporation, some shopkeepers have now started placing their carts and cycles on the footpath. Every morning, passengers suffer a lot due to these encroachments on footpaths. This often forces them to walk through the road which is a great concern for people who feel insecure due to the high volume of traffic.

We are urging the authorities to immediately act against this encroachment. The footpaths belong to the public, not to shopkeepers. And finally, we appeal to these shopkeepers who encroach on the stretch to realize their wrongdoings and stop it immediately.

Also Read:  Write a Letter to the Editor on the Topic Habitat Under Threat

Question: Suppose cycle repairing shops are encroaching the footpath of the main road. Write a letter to the editor about this encroachment issue.

Hints: Cycle repairing shops are in a row at the footpath- Reduced the width of the road- Heightened the traffic problems-Offer suggestions- Request the local authority to look into the matter

The Editor
The Statesman
Tamil Nadu

Subject: Cycle repairing shops are in a row at the footpath of the main road

Through the columns of your esteemed daily, I would like to draw your attention that the cycle repairing shops are in a row at the footpath of the main road.

In rush hours, the pedestrians have to be careful enough to avoid the vehicles from both directions. These encroachments have reduced the width of the road by more than half now and people can hardly walk freely on the footpath. Not only this, but it has also heightened the traffic problems as the road is too congested. It’s important to us that the sidewalks and streets of India remain wide enough for the safe passage of pedestrians. In fact, most market-oriented cities have designated specific lanes for footpath traffic.

We also, therefore, suggest such a model be implemented in the city to ensure smooth footpath traffic during peak hours. The concerned local authority should come forward to control the public encroachment in the residential and market areas.

Question: Suppose, due to the streets being encroached you find it difficult to access the footpaths of the city. Write a letter to the editor about the encroachment issue.

Hints: Encroachments on footpaths- Parked cycles and vehicles on the footpath- The residents are at great risk- Violation of the Foot Path Act- Request to resolve the long- Standing problem

Also Read:  Write a Letter to the Editor about Air Pollution

Subject: Concerns about encroachments by the fort of parked cycles and vehicles on footpaths

As a resident of the city, I would like to bring to your kind attention my concerns about encroachments on footpaths. While it’s good to have some extra space for everyone, encroachments on the pavement can be detrimental to the disabled and older people.

Every day, I am forced to walk on the road because it is almost impossible to navigate my way through the fort of parked cycles and vehicles on the footpath. The residents who walk on the road are also at great risk of being hit by nearby vehicles or falling into an open manhole. at the outset, it is very important to get aware that footpaths are not meant as parking space. It is evident that the footpath is now full of vehicles and cycles; which is in gross violation of the Foot Path Act. Besides, the encroachment of footpaths by shopkeepers & customers causes severe problems in crowded areas. This also causes inconvenience to pedestrians and leads to many accidents as well.

So, through this letter in your esteemed daily, I want to poke the concerned authority about this issue in order to get this menace resolved.

I hope you have found everything that you were looking for. It is now time to practice and polish your skill of drafting a formal letter. If faced with any challenges or you want to tell us something leave a comment below, we are ready 24/7 to assist you with our best effort.