Write a Letter to the Editor about Reckless Driving 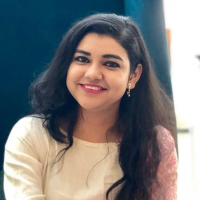 Today, in this article, I am going to show you how to write a letter to the editor about reckless driving. These examples will come in handy if you are asked to compose a letter like this. So let’s just dive into the article right away.

Hints: Lack of civic sense among youth- News of any accident- Lives in danger-  Lack of awareness of the youth

To,
The Editor
The Telegraph

Travelling by road is not safe anymore. Young adults nowadays own cars and bikes and most of them indulge in reckless driving.

A high percentage of the youth are irresponsible and they lack the basic civic sense. They do not follow the traffic rules and do anything their heart desires. They do not care for their own safety as well as the safety of others on the road. Some bike riders ride without helmets at an increased speed which is dangerous for both the people on the road and him. Last week, two bikes collided against each other because they were speeding through. Both of them got severely injured. The onlookers took them to the nearby hospital to save their lives. It will take at least a month for them to recover from the injury. This is not a healthy condition for the youths of today as they are the future of our society.

I hope my concern will be highlighted in your esteemed daily to raise awareness among the youth so that they become more responsible for their lives.

Hints: Drivers not following traffic rules- Danger during the festivals- Large crowds and road shops- Awareness of the drivers and bike riders

To,
The Editor
The Hindu

Festivals are the time when large crowds gather together to celebrate. Although authorities do try to maintain road safety as much as possible there are some imprudent drivers on the road who break the rules continuously.

Due to the reckless driving of these careless people, festivals become hard to enjoy. We are always cautious and afraid of walking on the road especially at night. These divers take short routes at night. They do not maintain the standard speed of the vehicles. We are reading news of frequent accidents during festivals nowadays. It is not only hard for the pandal hoppers or pedestrians to walk on the road, but also for the shopkeepers who have their stalls in the footpaths. We cannot always blame the police authority because drivers and bike riders are equally responsible for maintaining safety. It is their duty to obey the traffic rules.

I sincerely hope this issue will unnerve the conscience of the reckless drivers and they would be more accountable for their actions in the future.

Question-3: Reckless driving in front of schools has put the lives of the students in danger. Write a letter to the editor about reckless driving.

Hints: Danger faced by the students- Any recent incident- Careless attitude of the drivers- Your concern

To,
The Editor
The Times of India

Sub: School children in danger because of reckless driving

The safety of school students has become a major concern right now. Schools that are situated on the main roads are often in the face of danger due to the reckless driving of irresponsible drivers.

Many students come to school on their own without the company of their parents. These parents are always worried about the safety of their children as many vehicles move rapidly on the main roads. Even though the school authorities have put signboards for speed limits near schools, most of the drivers do not pay heed to the rules. Recently, in a reputed school near our locality, a student fell in front of a bike. Fortunately, the student was not injured. But she was extremely terrified of the whole situation. The bike driver was exceeding the speed limit while the student was crossing the road. The school authority has requested the local municipality to look into the matter as soon as possible.

We as responsible citizens must take charge of such situations. I urge you to emphasize my thoughts on your daily and such reckless drivers must be punished for their actions.

Question-4: Authorities are not taking enough action to regulate reckless driving on roads. Write a letter to the editor about your growing concern about reckless driving and the role of the authority.

Hints: Increased number of accidents- Breaking rules- No action by the authority- Steps to be taken

To,
The Editor
The Hindu

Every day the newspaper comes with news of many accidents. The collision between cars and bikes and trucks and people are losing their lives because of these terrible accidents.

One of the major reasons for these accidents is reckless driving. Drivers on the road are not following rules. Highways have become more dangerous as vehicles speed up to even 100kms per hour. The negligence of the authority is the reason for the increased numbers of accidents on roads. The drivers who are breaking the law, not following the traffic protocol are not being punished properly. Some drivers or riders are charged a fine. But that is not stopping them from being irresponsible. People do not have the minimum civic sense these days. This is a duty for both the citizens as well as the authority to take charge of this situation.

I hope that this serious issue will be highlighted on your daily and it would increase safety and security on roads.

In this article, I taught you how to write a letter to the editor about reckless driving. I hope you learned something new from today’s session. Leave us your requests in the comment section below. We love to keep your requests. Follow our website for more interesting content like this.